The importance of walking a dog with a pet leash

1. The dog was accidentally hit by a car In the communi […]

1. The dog was accidentally hit by a car

In the community or in the streets and parks of the city, the dog can be happy to run and jump freely, but during the play, many unexpected things happen: the dog may suddenly cross the road, and there are so many cars coming and going on the road. In the car, it is possible that the dog was hit and paid the price of life-long disability or even his life; and it is also possible that the owner was hit by the car while chasing the dog.

2. Dogs get lost due to fright

When a dog is free to move around, he may be frightened by some foreign elements and run wildly. This may make the dog lose his way without finding his way home. Even very obedient dogs will show this situation. But if you put a pet leash on it, you can comfort it immediately and it won't get lost. 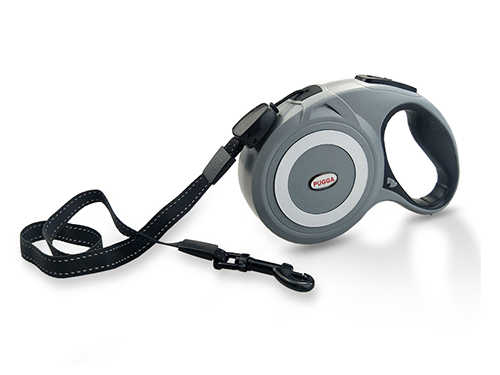 3. The dog is attracted by the opposite sex and runs away

The pet dog is attracted by the stray dog ​​or the dog in heat, and throws himself into it without listening to the owner's shout, and the owner can't catch up and gets lost.

4. Unexpected pregnancy may occur in dogs

My dog ​​originally didn't want her to get pregnant, but after playing in the community for a while, he was instantly "on" by a stray dog ​​of unknown breed...

6. Dogs are susceptible to bites such as ticks and insects, which can transmit diseases to people

Dogs go to the more lush grassland to play on their own. They are susceptible to infections such as ticks and fleas, and then carry them home to people.

7. Dogs smell and lick cause epidemics

Dogs who are not bound by a pet leash can smell other dog urine, and simply get infected with diseases such as small, canine plague or germs. Other dogs can also damage public or other people's property by peeing at will.

8. Fight with other dogs, if you are injured or guilty, you have to see the vet

During the irritable spring season, pet dogs encounter other dogs and fight due to territoriality or estrus seeking spouse. The animal hospital often sees dogs that are not tied to the pet leash due to fights that cause eyeballs, trauma, and fractures. Waiting for cases. This also simply triggers disputes between pet owners.

9. The dog bites others out of control, affecting the friendliness of the neighborhood

It’s a kind of disrespect to dog-fearing neighbors that the dog is full of joy. It simply frightens children or old men. What is more serious is that if biting someone else will bring the danger of communicating rabies and tetanus and other diseases, but also bear civil compensation liability for this. Why bother?

When winter arrives, it is a very bad thing that a dog without a leash will be remembered by the dog thief. Many pet dogs have been stolen in this way and come to the table!

0
Views: 31
PREV: What if the dog likes to bite the leash?
NEXT: What should I do if the dog does not want to bring the dog leash?