The purpose of using a towing rope is to allow the owner to better control cats and dogs, and the retractable towing rope has the opposite effect. The excessively long traction radius of the telescopic traction rope often allows pets to run a long distance, either injuring themselves or innocent. -A large number of cases have shown that the telescopic traction rope has caused injuries to pets and owners, ranging from surface abrasions to severe amputations. 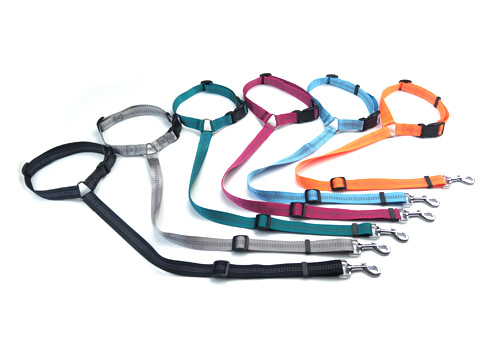 In most cases, the retractable leash not only fails to teach dogs to walk well, but instead cultivates the habit of actively pulling the leash in order to gain more space for movement. Even if they use ordinary traction ropes in the future, they will repeat this habit.

The longest retractable towing rope can be pulled out 7 meters, the dog runs so far, the owner cannot stare at it every second, the danger often happens in a flash, the dog may run into the busy street , It may also have unpleasant contact with other dogs or people.

The telescopic traction rope is not actually a "rope", but a roll of sheet-like braided belt wound on a spring device. When a large and strong dog suddenly runs at full speed, this kind of tape is likely to break. The real version of the wild dog will be played immediately, and the other end of the broken tape will rebound. , Hurt the owner.

If the owner is entangled with the retractable traction rope, or shrinks the traction rope to try to draw the dog closer, it may cause the dog to bruise, cut, or even fracture. In a real insurance claim case, the owner tried to untie a dog that was entangled in a retractable leash. The dog suddenly jumped, causing the dog's upper limb to fracture. Some owners, in order to keep the dog always with their feet, will shrink the leash to the shortest length. This method may also cause the dog to bruise, burst, or even fracture or die.

If a dog using a retractable traction rope stops suddenly because it reaches the limit of the rope, it will cause neck injuries, trachea torn, and spinal injuries.

The retractable leash allows the dog to stretch the leash on its own, hoping to run farther to work, which will make other dogs feel aggressive, and a bad-tempered dog will switch to combat mode.

0
Views: 171
PREV: Some issues to be aware of when travelling by car with pets
NEXT: What harm can be caused by improper use of dog collars