Home / News / What are the benefits of keeping a dog for you?

What are the benefits of keeping a dog for you?

We often say "dogs are mankind's best friends". Apart from emptying your wallet, what benefits can raising a dog bring to you?
1. You eat less
In order to raise a dog, you will reduce some of your own expenses. The most common one is that you go out to socialize less frequently; at the same time, when you get acquainted with this good friend, you will find that his face is actually very thick. Appear silently by your side, especially when you are eating. No way, I can only share with it

2. Your anti-allergic ability is stronger
Although dog dander is one of the main causes of human allergies, children who grow up with dogs are less likely to be allergic. The child's resistance to allergies has gradually formed during the mother's pregnancy. In a 2017 study, it was found that: When a woman during pregnancy comes into contact with the bacteria in the dog, it will make the child in her body resistant. After the child was born, the researchers found the bacteria named Ruminococcus and Oscillospira in the child, these bacteria groups enhance the child's resistance to allergies, asthma, obesity, and eczema

4. You will be happier
Dog owners are not easy to suffer from depression, even those with depression, their symptoms have been effectively alleviated after raising a dog. Since caring for the dog will force the dog owner to keep moving, it is easier for the dog owner to socialize and become friends with others. Even if you just stare at the dog for 10 minutes, the human body will secrete a hormone called "oxytocin", which will bring it to people. Happiness

5. You will be more positive
A study on PLOS one in 2015 found that dogs have become the second largest social "media" after social media such as Facebook and Instagram. Dog owners are more reliable in life, and they prefer to make friends and keep dogs. People make others feel trustworthy 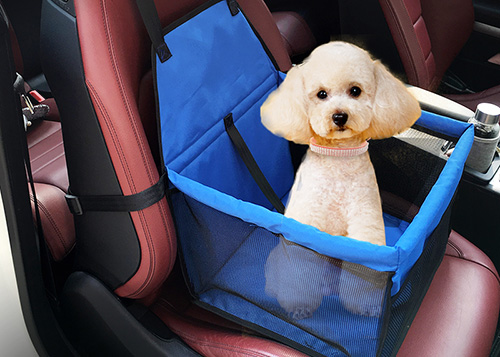 6. Your dog helps you find the disease
I believe you have seen a lot of news about dogs discovering that their owners have diabetes, breast cancer, or even cancer. The earliest news can be traced back to 1989. This kind of dog training that can provide early warning of major diseases is underway. Dog noses have 300 million "sensors", while humans have only 5 million. In addition, there is a second odor analysis "device" in the dog's nose. This "device" can help dogs detect the unique smell of cancer.

7. Your heart is healthier
In 2017, my country announced a major study finding that dog owners are not susceptible to coronary artery disease. At the same time, studies have found that dog owners have lower cholesterol levels, and even if they have a heart attack, dog owners have a higher survival rate

8. You will not be stressed at work
The benefits of bringing dogs to work are increasing. Many large foreign companies allow employees to bring dogs to work. Studies have shown that interacting with pets at work can reduce stress, and people who work without dogs will become more and more irritable during working hours. The dog in the office will make employees more energetic when they return to work. Conversely, bringing a dog to work will make the boss more satisfied with the results of the work.

9. You will recognize your character
A study conducted in England showed that human personality has a lot to do with the breeds of dogs raised. Toy dog ​​owners are smarter, and people who raise working dogs such as bulldogs and Rottweilers are more serious. Other studies have found that dog owners are generally more outgoing and friendly than cat owners

10. Your child will be more compassionate
In 2017, RSPCA conducted a survey of 1,000 children aged 7-12 years old in the United Kingdom. The children of dog-raising families can promote their sense of society and humanity through caring and sympathizing with dogs. These children are less likely to have bullying behaviors, and they are more likely to be bullied. Be sympathetic and responsible. The study even pointed out that "dogs can help children regulate emotions because it can respond to children's emotional responses at any time."